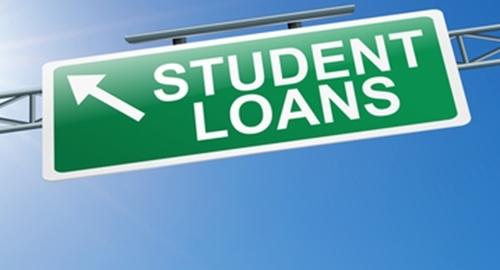 A recent study by the Federal Reserve Bank of New York reports that most students who left college during the 2008 recession have defaulted on their loans, are seriously delinquent or are not able to keep paying down their balances.

"The latest statistics from the Fed simply show a worsening of the problem," said Lynnette Khalfani-Cox, author of "College Secrets: How to Save Money, Cut College Costs and Graduate Debt Free."

"We all know the true numbers regarding delinquencies are actually far more dire than the statistics currently show. That's because so few borrowers are actually in repayment," she said. "A lot of them, young and old, are struggling to make ends meet, and I fear ultimately many will wind up in delinquency or default."

According to the survey, the hardest hit group are borrowers in low income areas, who have made almost no progress on paying down their loans, with an aggregate balance of 97 percent where it was for students leaving school in 2009.

In total, the study showed that  46 percent of student loan borrowers are current on their loans, but are not yet repaying, with only 37 percent both current and actively paying them down.

Research also shows that the young aren't the only ones affected. Two-thirds of the total student loan balances are held by people 30 and over. In addition, balances for people over the age of 60 have increased nine-fold between 2004-2014 in an attempt to re-educate themselves or help their children and grand-children with loans.

Another study conducted by the Urban Institute shows that in a similar time-frame, between 2004-2012, student loan borrowers with bachelor's degrees holding $40,000 or more in student loans jumped from 2 percent to 18 percent.