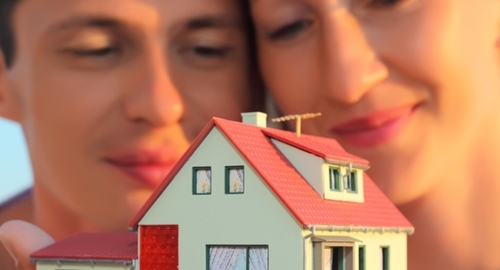 A recent Goldman Sachs report shows that people with student loan debt over $25,000 are less likely to own a home.

"The share of young households with a large amount of student debt has been rising fast," Jan Hatzius, chief economist at Goldman, said in the report.  "The impact of student debt is more pronounced on young individuals."

Borrowers between the ages of 25-34 with that amount of debt has risen sevenfold in the last few decades, according to the report, and are 12 percent below that groups average in homeownership rate.

Adjusted for inflation, less than 2 percent of that age group held more than $25,000 in student debt in the late 1980s – early 1990s. That number jumped to 15 percent in 2013. According to the Federal Reserve Bank of New York, in roughly the same time period, student debt rose to $1.2 trillion, making it the most significant liability after home mortgages.

Unsurprisingly, the report shows that homeownership is highest among graduates with little or no student debt.

"For those young households with student loans less than $25,000, the negative debt effect is negligible, while a college a degree raises the probability of owning a home significantly," Goldman said.

The same report shows that borrowers with more than $50,000 in student debt are more likely to own a home, thanks to the greater likelihood of advanced degrees and higher incomes in that range.

The report projects that millennial homeownership will increase as those in the generation gets older.

"The sheer size of the millennial who are currently in the 20s and whose housing consumption should increase sharply in the coming years will support aggregate demand," the bank said.