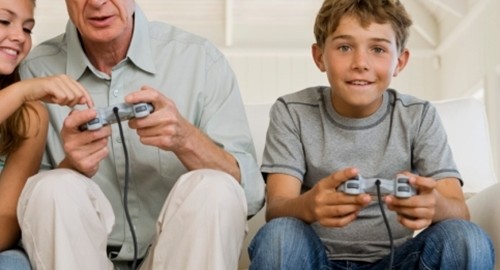 The struggling economy has created a variety of different living situations. In efforts to save money, young Americans are moving back in with their parents and some retired individuals are living with their adult children.

A survey by PulteGroup found that almost a third of homeowners expect their grown children or aging parents to eventually move in with them. Additionally, nearly one in seven say they already have a "boomerang kid" – an adult child who moves back home – or elderly parent living under their roof.

Student loan management software could help benefit young Americans in finding ways to pay off their education in a timely fashion, and work towards tracking down their own apartment or home.

The Los Angeles Times had a recent article discussing the rise in a new trend designed to further aid homeowners – taking out a second mortgage. According to Equifax, outstanding balances of second home mortgages at banks rose in the latest month for the first time in nearly five years.

"Second loans, which include fixed-payment mortgages as well as floating-rate home equity lines of credit, put the bank in second position in the event of a foreclosure," the article explained. "Say you have a house worth $250,000 with a $200,000 first mortgage and a $20,000 second mortgage. The proceeds of any foreclosure would initially be used to pay off the lender in the first position."

The remainder would pay of the holder of the second lien. These mortgages, though, are generally considered to be higher risk and often carry higher interest rates and fees than the first one would.

Whether a homeowner is looking to take out their first or second mortgage, lenders should use mortgage loan software paired with an amortization calculator to ensure that a comprehensive payment plan is created for each borrower.