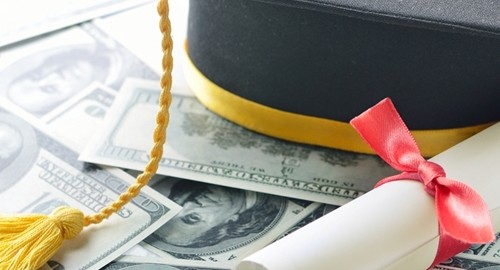 The Department of Education reported that the default rate on federal student loans fell to 13.7 percent for students who began repaying their loans in 2010-11. This is down from 14.7 percent the previous year, marking the first decline in four years. The highest default rate is 19.1 percent at private for-profit schools, well ahead of public colleges and universities (12.9 percent) and private non-profits (7.2 percent).

"While it's good news that the default rate decreased from last year, the number of students who default on their federal student loans is still too high, and we remain committed to working with postsecondary education institutions and borrowers to ensure that student debt is manageable," said Education Secretary Arne Duncan in a statement.

The Department of Education also identified 21 institutions whose default rates were above either 30 percent each of the past three years or 40 percent each of the last two. Per the 2008 reauthorization of the Higher Education Act of 1965, these schools could lose their eligibility to participate in federal loan programs altogether. Most of them are small trade schools, including 11 barber and beauty schools.

"At schools with both high borrowing rates and high default rates, too many students are clearly leaving school worse off than before they entered," said Debbie Cochrane, research director for the Institute for College Access & Success, to The Washington Post. "At schools where borrowing isn't the norm, high default rates are troubling but say less about the school as a whole."