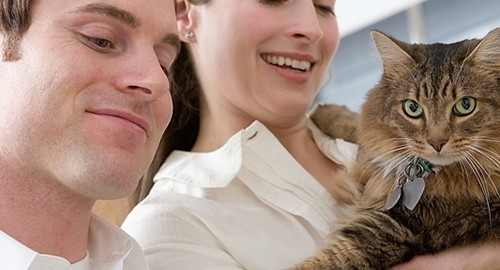 With the economy slowly struggling to recover from a recession, and Americans trying to avoid the threat of losing their homes due to high mortgage rates, a new business trend is growing – rescuing animals from foreclosure.

Overall economic hardship, unemployment, insufficient income, death or illness caused Everett Croxson to create Foreclosed Upon Pets, Inc. (FUPI) in 2008, according to the company website. FUPI takes in abandoned animals and tries to find placements for adoption. The Las Vegas-based business is one of several organizations along similar lines. According to Croxson – a retired business consultant – he took note of state headlines and realized that something needed to be done.

As reported by the Associated Press, Nevada had the worst foreclosure rate nationally for 62 months until March and has the highest unemployment rate in the nation at 11.6 percent.

Jodi Polanski started the Lost Our Home Pet Foundation in Phoenix, which operates under similar lines. In four years, over 2,000 animals have been placed, she said.

"The economy is looking better in a lot of places, but it's not better for the animals right now," Polanski told the news source, adding that the worst part of her job is when the company has to turn animals away. There is a waiting list, she said, but "it breaks our hearts every day when there are pets we can't help."

As many Americans struggle to get back on their feet or just try and make mortgage payments on time, lenders would be wise to invest in mortgage loan software. This way, when fresh borrowers come into the picture, an adequate payment plan can be created that can meet the needs of both parties.