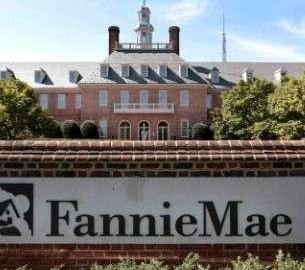 Fannie Mae and Freddie Mac, the United States' two largest government-sponsored enterprises (GSEs), and the Federal Housing Finance Agency (FHFA) are near to finalizing a new set of rules that will ease mortgage lending for borrowers with less than stellar credit scores.

The move is an effort to revitalize the housing market, which has been very tightly regulated since the mortgage crisis. Because of the fallout from the crash, banks had to buy back millions of mortgages from the two companies, and as a result are now being very cautious about issuing new loans.

The FHFA and the two companies have been in talks with banks on how best to loosen standards without risking a new bubble. The main point of contention that the sides have sought to clarify is the possibility of some loans being exempted from buybacks even in the case of default. Banks felt that they were sometimes being held responsible for defaults that weren't the result of a subprime or otherwise risky loan.

"If the originator does a poor job and doesn't underwrite properly, sure they should be held accountable," said Wells Fargo CEO John Stumpf in a conference call. "But if a default happens later and it's due to a technical issue unrelated to the payment ability of the customer that could have been known, then risk should transfer."

Mortgage loan software is a useful tool to reduce the risk of default because it adapts to changing market regulations. By taking into account a borrower's credit history and repayment capabilities, the lender can set a real estate amortization schedule to program automatic installment payments.