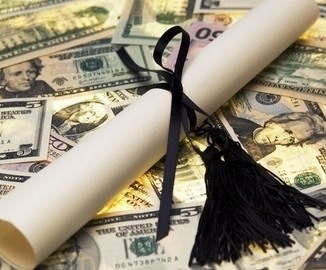 The Department of the Treasury released information over the weekend detailing the growing number of retirees who are having some of their Social Security benefits garnished to pay for outstanding student loans, both their own and their children's. According to the data, which was published by CNNMoney, 156,000 Americans had $150 million subtracted last year, more than three times the 2006 numbers, which showed $40 million was held from the Social Security checks of 47,500 people.

Those statistics mean that 156,000 people are losing an average of $180 a month out of a typical check for $1,200. Student loans have been a hot topic recently, as the data appears to have shown little improvement, even as the effects of the financial crisis are being overcome in many other sectors. As mentioned in this blog last week, a bill currently in the Senate would allow borrowers to refinance their loans as if they were mortgages, updating interest rates from about 7 percent to the current 3 percent. The proposal is expected to be voted on next month.

Given the current landscape, student loan management software is a more important asset than ever before. A personal loan calculator can be vital to stay up to date with any remaining debt, especially with student loans, which can follow a borrower long after their college years. The CNNMoney report mentions that some of the Social Security beneficiaries who are finding their checks less substantial than they expected had all but forgotten about the loans they are now being charged for.

Loan management software can help people with long-standing debt get rid of it as quickly and painlessly as possible, and for individuals just taking out loans, amortization schedules can ensure a stress-free future.