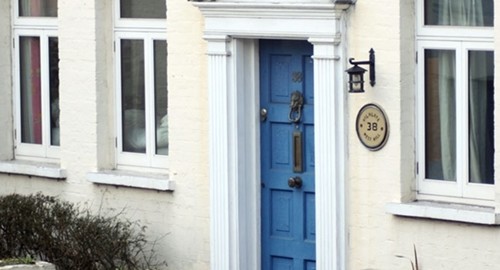 Oftentimes, national headlines paint a rather dour portrait of the way that the housing market is currently performing. However, while the economy is still indeed in a state of recovery, the May Improving Markets Index (IMI) – a measure of improvement in metropolitan areas based on the number of housing permits and prices – generated by the National Association of Home Builders (NAHB) remained virtually the same as it was in April.

But, according to a press release issued by NAHB, incremental forward progress is being made, it just may be slightly more difficult to detect.

"The overall number of markets on the IMI continued to plateau this month, with more than a quarter of all U.S. metros still showing signs of improvement," said David Crowe, NAHB's chief economist. "Many of these are relatively small markets in terms of their population and building volume, which is why their improvement is barely registering on the national scale as of yet. Moreover, we are seeing some shifting of markets on and off the list primarily due to small seasonal house price changes in areas that have had flat, stable prices rather than a boom-and-bust cycle."

This information was released on the heels of commentary from mortgage bond pioneer Lewis Ranieri who expressed at the Mortgage Banker Association in New York that the United States housing market will finally be reaching a critical low point.

Consequently, although home prices have been steadily plummeting for many years now, Ranieri expects that by the second or third quarter, a rebound will occur, raising prices and optimism in the industry.

Regardless though, until this forecast comes to fruition, homeowners may still need to figure out creative ways to refinance their properties in order to make them more affordable. As many of these individuals do so with the assistance of lenders, it would be wise for lenders to invest in contract collector software for superior loan management tracking.