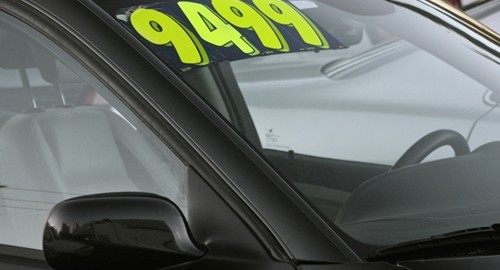 Moody's Investors Service reported recently that lenders have cut down on the number of auto loans they are granting to consumers with low credit scores, dispelling some of the concerns that the auto market may have been trending down a path similar to the one that led to the housing bubble and subsequent financial crisis in 2007. In the report, Moody's says the average credit score among those receiving car loans has increased so far in 2014 compared to last year.

Reports that subprime auto loans were on the rise had sparked fears of a repeat of the recent mortgage crisis. But Moody's says that only 10 percent of such loans are going to consumers with credit scores below 620, which is the threshold below which they are considered subprime. This is good news for the financial sector as a whole, but also for small auto loan management companies. With larger lenders, such as banks, credit unions and car companies granting fewer loans to individuals with low credit scores, smaller companies are thriving thanks to the business that is now more readily available to them.

Moody's Analytics, in a separate but similar report released last week, noted that, with the recession over and many consumers' financial situations improved, Americans now have more leeway to take on debt in the form of loans. They also cautioned against being overambitious in this department, as the memory of the housing bubble remains fresh in the minds of financial corporations and consumers alike. In a climate like this, effective loan management software can help a potential buyer create vital amortization schedules to navigate any significant investment.

The bottom line is that lenders are exercising caution in granting loans, which certainly bodes well for the future. Perhaps, against all odds, big corporations did learn something from the financial crisis after all.