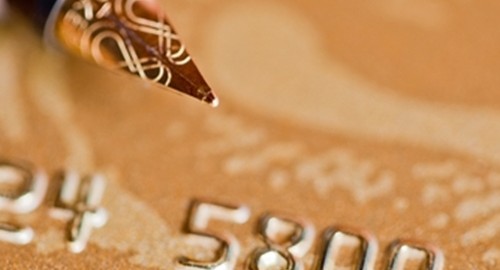 According to data from credit bureau Equifax, personal loans totaled $34.5 billion in the first six months of 2014, up 8.7 percent from the same period in 2013. That total is the highest for a year's first two quarters since 2008, when they neared $55 billion. The number and value of personal loans dropped sharply in 2009, but 2014 is now the fourth consecutive year of slow but steady growth.

Banks overwhelmingly stopped issuing personal loans in recent years, and peer-to-peer lending companies like Lending Club largely took over the market. "They filled a gap when banks retreated," said SunTrust Banks business development officer Todd Nelson to the Wall Street Journal about the non-traditional lenders. "Demand for consumer lending never went away during the credit crunch but supply did."

But while federal agencies have tightened mortgage regulations, personal loans are much less supervised, and the Wall Street Journal reports that this is leading traditional financial institutions to re-enter the market. Personal loans are also riskier for lenders because they are not secured, which is why interest rates are higher than for other types of loans. Wells Fargo, for instance, offers personal loans at fixed rates that range from 6.75 percent to 25.75 percent, and reported a 64 percent increase in this type of lending in 2013 over the previous year.

The trend is also extending to credit unions. Pentagon Federal Credit Union senior vice president Chris Martin told the WSJ, "We never looked at [personal loans] as being a really competitive product for us, but that has changed over the course of a few months."