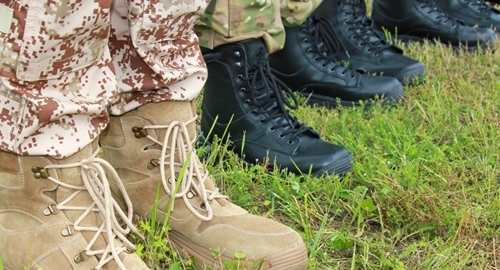 Twenty-two state attorneys general have written a letter requesting that the Department of Defense tighten its proposed updated rules for military lending. As this blog reported at the time, the DoD introduced a proposal in September to expand the provisions of the Military Lending Act. That law currently sets a 36 percent interest rate limit for short-term loans to service members, which would expand to credit cards and installment loans.

The AGs say the proposal doesn't go far enough because it allows for exceptions in the case of certain customary fees. They also believe it leaves too much room for loopholes to be exploited that could result in higher rates on consumer credit agreements.

"Unfortunately, service members make tempting targets for predatory lenders because they have steady paychecks, many are young, and it can be difficult for them to challenge abusive lenders from overseas," said New York AG Eric Schneiderman to Credit Union Times. "My fellow Attorneys General and I urge the Department of Defense to provide the strongest possible protections from financial abuse for the brave men and women who protect our nation."

Among the other provisions of the proposed law is the requirement to provide more information to military borrowers. The new legislation would also ban lenders from demanding that borrowers agree to arbitration, which prevents them from going to court in case of a dispute.