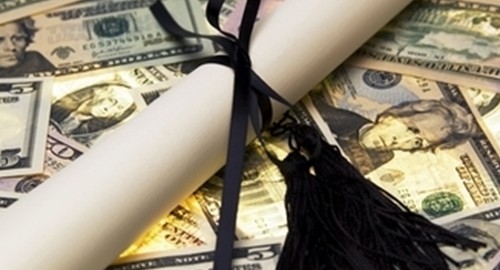 Student debt has been steadily piling up over the past four years, and now analysts are noticing the effects of that accumulation on other markets, including housing. John Burns Real Estate Consulting recently published the results of a study estimating that student loans will cost the housing industry a staggering $83 billion in 2014. According to their data, total student debt in the United States is at $1.1 trillion, and 33.7 percent of all people in their twenties and thirties have some outstanding debt from their college days.

In its own study, TransUnion found that student loans make up 36.8 percent of all debt held by 20- to 29-year-olds, up from 12.9 percent a decade ago. During that time, mortgages have fallen from 63.2 percent to 42.9 percent for the same age group.

"Our study clearly shows that the rapid rise in student loan debt for younger consumers has occurred while the share of all other loan types except auto dropped, indicating that student loans may be crowding out most other loan types," said Charlie Wise, vice president of TransUnion's Innovative Solutions Group. "Additionally, younger consumers have found during and soon after the recession that it is more difficult to gain access to credit cards and mortgages, further pushing the decline in those balances."

As this blog reported, student loan defaults fell recently for the first time in four years, but the total amount of student debt is still very high. Student loan management software helps avoid defaults by creating amortization schedules to automate installment payments that account for the borrower's financial situation. Recent graduates may have to wait to become homeowners, but they can still ensure that student debt doesn't hurt their credit scores.