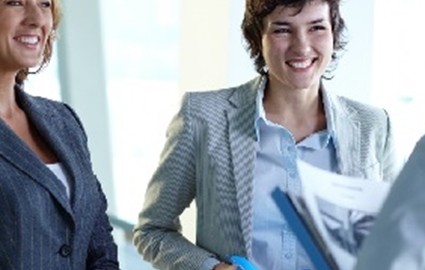 The Senate Committee on Small Business and Entrepreneurship, chaired by Maria Cantwell (D-Wash.), is working on legislation geared toward promoting loans for women and minority owners of small and medium-sized businesses. The group's dual goals are to boost equality and help the economy by increasing the number of SMBs that receive loans. A Committee report recently showed that women own nearly one third of all U.S. businesses but receive only 4.4 percent of loan money, and a similar report on minorities is forthcoming.

The Federal Deposit Insurance Corporation published data earlier this month revealing that overall small-business loans, while growing, are still far from pre-recession levels. The data set the total value of SMB loans at $585 billion at the end of the second quarter of 2014, 1 percent better than nine months previously but 18 percent lower than the all-time high, which was reached in 2008. Conversely, commercial loans to businesses of all sizes are up by 9 percent since 2008.

A Federal Reserve System survey of lending institutions revealed that banks have eased lending to large and medium-sized companies, but have been slow to do the same for small businesses. But there is some encouraging news for the future, as a Moody's Analytics study showed increased activity by small lenders, whose main clients are small enterprises. Moreover, these small lenders stand to benefit from the demand created by the SMB credit crunch.

Lenders looking to finance business enterprises should be ready with commercial loan software, with which they can process all the information they will need to decide on the deal's terms and conditions. An amortization calculator and an amortization schedule for loans are two essential tools for anybody considering granting a loan to an SMB, whose financial situation may be less stable than that of a larger, more established company.