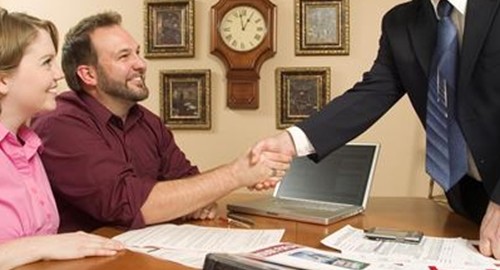 The Federal Housing Finance Agency's inspector general released a report on Wednesday saying that there was "no evidence" found to say that Freddie Mac prevented homeowners from refinancing their homes.

ProPublica, a nonprofit investigative news outlet, and NPR News reported in January that the government-sponsored enterprise (GSE) had wanted to improve the profitability of mortgage-derivative instruments and thus put a road block in front of some homeowners.

The article claimed that Freddie Mac had a strong incentive to hinder the refinancing process, as certain investments the GSE made would be worth less if borrowers refinanced their homes and lowered their interest payments.

Some individuals, though, who have had to deal with the possibility of foreclosure, have taken a different approach – "deed for lease" or "mortgage to lease." The process is essentially an extension of the "deed in lieu of foreclosure, " where a lender agrees not to foreclose if the homeowner hands over the property deed.

If a borrower meets certain requirements, he or she can sign a lease to stay on as renters for one to three years. However, it's not necessarily easy for an applicant to be eligible. For example, an individual can't be more than 11 payments behind on their mortgage and a property with a second mortgage is ineligible.

"I'm surprised they didn't include a requirement that you give your firstborn," John Taylor, the president and chief executive of the National Community Reinvestment Coalition told the source. "They should come back with something that's not as restrictive."

While the housing market slowly recovers, along with the economy as a whole, lenders should use loan management software to help determine payment plans for applicable borrowers. Whether a homeowner is looking to refinance their property or invest in new land, an amortization schedule for loans will be beneficial.