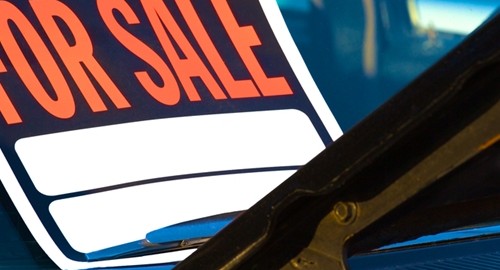 According to a New York Times report, federal authorities are launching an investigation into stated income loans with a focus on the used auto market. "Liar loans," as they are commonly known, occur when the lender doesn't check the borrower's credit history. Ameriquest Mortgage, which was shut down seven years ago for its role in the credit crisis, originated these loans, nominally as an alternative for self-employed borrowers who may not have been able to provide sufficient documentation when applying for a loan.

Stated income loans, somewhat predictably, became a significant source of fraud during the housing boom. Now, according to the report, prosecutors have already identified hundreds of fraudulent loans in the largely unregulated used car loan market, which is worth millions of dollars. By falsifying credit scores, dealerships can grant loans with high interest rates to buyers who wouldn't usually qualify.

"There is no place for fraud," said Steve Jordan, executive vice president of the National Independent Automobile Dealers Association, to the Times, before adding that "there is a responsibility on the part of the consumer who signs off on the terms and drives off in the car."

The Federal Reserve Bank of New York revealed over the summer that subprime auto loans totaled $20.6 billion in the second quarter of this year, nearly twice as much as in the same period of 2010. That number is still a fraction of what the subprime housing market represented when the bubble burst in 2007, but regulators are exercising more caution this time around.

Lenders can avoid instances of fraud with loan calculator software, which generates amortization schedules for automatic installment payments in accordance with each borrower's credit history and financial capabilities.