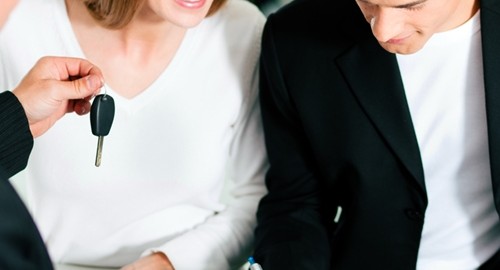 General Motors revealed that its financial services arm has received an undisclosed number of subpoenas from state attorney general and other government offices, as regulators expand their scrutiny of the subprime auto loan market. As this blog reported last month, the Consumer Financial Protection Bureau (CFPB) has begun investigating the practices of automakers' financial branches, which typically issue loans to borrowers who can't obtain them from most banks.

According to a Citigroup report published this week, 3.8 percent of all U.S. auto loan borrowers are at least 60 days late on their payments, up 15 percent from a year ago. But lenders are finding subprime loans to be a lucrative market, since they can issue them at much higher interest rates than they can to borrowers with solid credit scores, where interest rates continue to be near zero.

Because of this trend, new players are entering the auto loan market, such as The Blackstone Group and Perella Weinberg Partners. Despite the growing number of subprime loans, analysts insist there is little risk of a bubble forming in the auto market.

"This negative trend shouldn't automatically be perceived as a threat," according to a report from investment management firm Loomis, Sayles & Company. "The claim that a situation is becoming worse is different from the claim that it is becoming threatening."