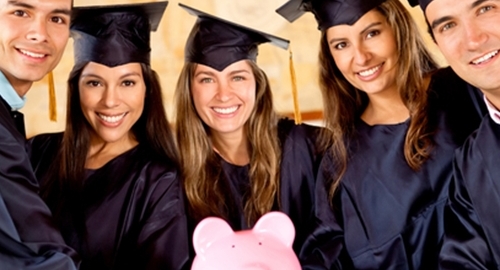 Many private lenders exited the student loan market during the lean years of the financial crisis, but that trend has reversed in a major way, according to data released this week by research firm MeasureOne. The company's Private Student Loan Performance Report for 2014's third quarter says that private institutions issued $7.04 billion in student loans during the 2013–14 academic year, a six percent increase from the previous year and 25 percent more than in 2010–11.

The increase has come in spite of the tight regulations on the industry, many of them self-imposed. Ninety-four percent of all loan dollars had a co-signer, which has become a standard requirement. Five years ago, the rate was just 77 percent. Additionally, in 97 percent of cases the lenders checked with the schools to make sure that students weren't borrowing more money than they needed or outright lying about attending a particular institution.

Delinquencies and losses were down slightly from 2012–13. Losses especially have declined over a five-year period, from 9.4 percent in the third quarter of 2009 to just 2.4 percent in the latest report. The average credit score for a private loan borrower was 750, one of the highest in recent memory. Private loans still make up just 7.5 percent of all outstanding student loans, but the numbers clearly show that the market is growing stronger.

Lenders that may still be wary of reentering the market can benefit from the use of student loan management software, which tracks payments, automates installment collection and generates comprehensive reports.