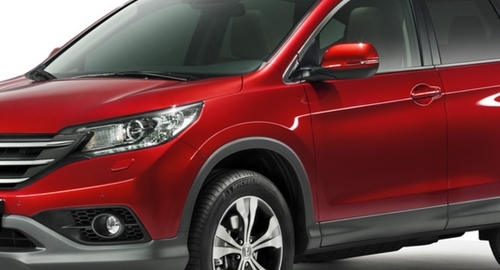 The North American International Auto Show is taking place in Detroit's Cobo Center until January 25. Along with the introduction of new models and prototypes, the industry is celebrating its best sales figures in years. According to Bloomberg, U.S. automakers are projected to deliver 16.7 million vehicles in 2015, which would be the sixth straight year of improvement, the longest streak since World War II and the highest single-year total since 2006.

However, on Tuesday John Mendel, U.S. sales chief for Honda, had some words of caution for the industry. He says the growing length of new car loans being granted, often by automakers themselves, is a troubling trend. These loans are given to buyers with low credit scores at low monthly interest rates, but the amount of money they pay in the long run is higher than for traditional 48- to 60-month loans.

Sales have been boosted by the Federal Reserve System's near-zero interest rates. According to research firm Experian, more than a quarter of all new-car loans issued in October and November were 73-to 84-months long, compared to less than one-tenth five years ago.

"It can have some negative impact on the market in creating a vicious cycle of negative equity if the consumer doesn't hold onto their vehicle long enough," said Experian's senior director of automotive finance, Melinda Zabritski, to Bloomberg. "Something has to be done to keep the market affordable, or consumer buying is going to have to change and we'll have to return to less frequent purchases."

With auto loan management software, lenders can adjust the terms of each deal, including length and interest rates, to each borrower's financial history while minimizing the risk of a default.