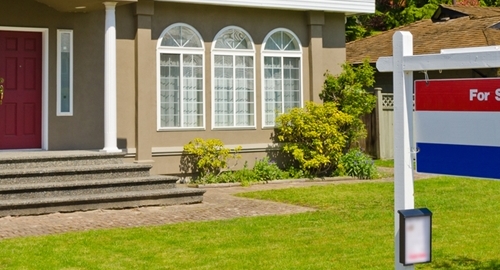 By any measure, the U.S. economy, and the housing market in particular, have recovered from the mortgage crisis, but the data shows that many potential homebuyers are still finding it difficult to obtain loans. Despite recent measures by federal agencies to loosen access to loans, housing advocates say that lenders still hold unrealistically high standards when it comes to issuing them.

Mike Calhoun, president of the nonprofit Center for Responsible Lending (CRL), told NPR that the average credit score for borrowers who obtain loans backed by Fannie Mae and Freddie Mac is 750, whereas the average American household has a credit score below 700. That stringent measuring stick is especially tough on first-time homebuyers and on people who lost their jobs during the recession but have since gotten back on their feet.

According to the CRL, more than one million people each year who would have been granted a loan prior to 2007 are unable to get one now. Mel Watt, the director of the Federal Housing Finance Agency (FHFA), which oversees the government-sponsored enterprises, doesn't believe they are to blame for the credit crunch.

"I think it is preventing people from getting into homeownership, but it is not a function of Fannie and Freddie's credit box being too narrow," he said to NPR. "It's the function of lenders being unwilling to lend. The challenge is to get lenders to make loans."

Mortgage Bankers Association CEO David Stevens agrees that, while banks are gradually increasing their lending volume, they are being extra cautious because of the often billion-dollar penalties they had to pay in fines and settlements after the housing crash.