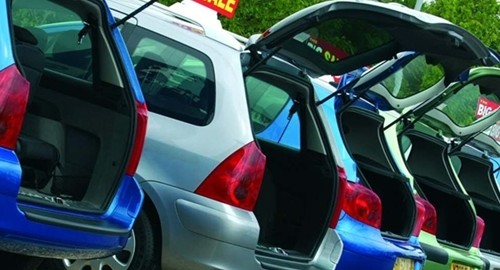 On Monday, the Federal Reserve System released its latest consumer credit data, revealing the biggest monthly increase in nearly 13 years. Consumer borrowing grew by $26.01 billion, or 9.7 percent, in July, up to a total of $3.24 trillion. That growth is about $2 billion shy of the largest ever, which was recorded in November of 2001. The data easily surpassed experts' projections, according to Reuters, whose poll of economists showed an expected growth of $17.35 billion.

Installment credit rose 10.6 percent, the fastest single-month growth since February 2013, with auto loans driving much of that increase. There is slight concern that lenders may be lowering their standards as default rates are beginning to creep back up in the wake of the recession, but most analysts remain optimistic.

"The only thing we have to worry about is there is excessive risk-taking in the auto sector," said Chris Low of holding company First Horizon National Corporation to Reuters. "But it's still a good thing for the economy at least in the short term. Car sales are back to where they were before the financial crisis, which is remarkable."

Revolving credit, which is mostly credit card-related, was also up by 7.4 percent. "We interpret the positive readings in the revolving consumer credit data to indicate that consumers' sense of job and income security are strengthening, which would make them more comfortable pulling out their credit cards for purchases," said Dana Saporta of Credit Suisse to The Wall Street Journal.

While the data is positive, lenders should make sure that their credit standards are not lowered too far to avoid a new bubble. With installment loan software, all of a prospective borrower's credit information can be easily processed, allowing for the establishment of ideal loan terms and an optimal repayment schedule.