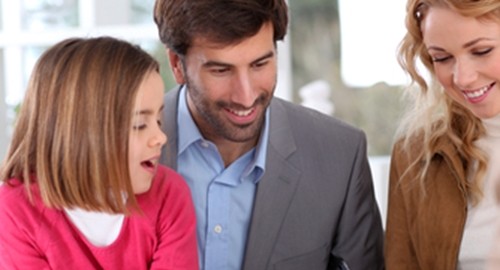 There’s an interesting trend in the housing industry that’s inspiring some people to opt for higher mortgage payments due to near record-low rates.

According to The Christian Science Monitor, many homeowners are are selecting 15-year fixed-rate mortgages over the 30-year alternative now that they are in a better place financially and can take advantage of such historically low mortgage rates. This is an especially popular option for refinancers. In November 2012, for example, 23 percent of refinance applications were for 15-year loans, a 51 percent increase from the previous year.

“Consumers are financially savvy, and they recognize 30-year fixed mortgages are a bargain,” Freddie Mac chief economist Frank Nothaft told the source. “But then they say, ‘Gosh, a 15-year fixed is three-quarters of a percentage point even lower’. You can lock that in and never have to worry about refinancing again.”

It’s not often that 15-year fixed-rate mortgages are so much more affordable than the 30-year alternative, but today’s interest rates haven’t been this low since the 1940s, says Nothaft.

One couple, for example, selected a 15 -year loan when they refinanced their home in December. Even though they’ll be paying an extra $120 a month, they told the source that the amount they’ll save in long-term interest – not to mention the fact that they’ll own their home eight years sooner – makes it worthwhile.

Now that homeowners are more financially stable than they were a few years ago and are opting for shorter mortgages, it’s important to keep them accountable so they don’t get in over their head. With that in mind, lenders should invest in loan management software to ensure that borrowers can stay on top of their monthly payments.