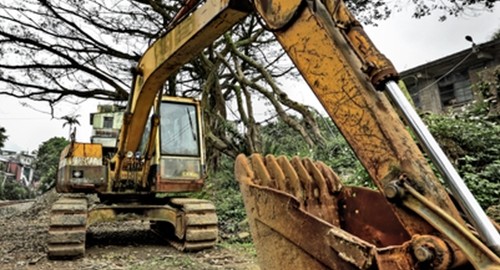 On January 17, the Commerce Department announced that construction on new houses and apartments in December 2012 rose 12.1 percent since the previous month, hitting a seasonally adjusted annual rate of 954,000. According to The Washington Post, this means that builders broke ground on nearly double the amount of properties compared to April 2009 when numbers were particularly low as a result of the most recent recession.

“There is no denying that the housing market recovery is solidifying, and we expect construction activity to ramp up to the 1 million annualized threshold by the end of this year,” said economist Michael Dolega, who works for TD Economics, in a note to clients.

There are a number of factors that have helped contribute to this boost in U.S. housing construction.

The Wall Street Journal reports, for example, that single-family housing starts ended 2012 at 535,500, which is 24 percent higher than the record-low numbers from the previous year. It’s worth noting that this is still the fourth-lowest number since 1959, but it reaffirms that nationwide construction is beginning to really pick up going into 2013. Multi-family housing starts, on the other hand, accounted for 30 percent of overall housing starts in 2012 and multi-family construction was more than double what it was in 2009 and 2010 combined. In December, the rate of new construction hit the highest level in four and a half years.

This surge in housing construction suggests that 2013 may bring on more inventory for buyers to choose from. As the housing market continues its fragile recovery and more people are purchasing homes, lenders may want to invest in loan management software to ensure that borrowers can stay on top of their monthly payments.