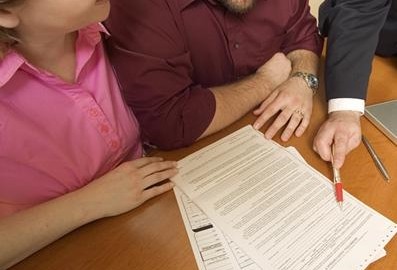 There's no denying that the U.S. economy and housing market both took significant hits during the Great Recession. However, in spite of financial uncertainties over the past several years, recent data reveals that Americans still have their hearts set on homeownership.

On March 15, JPMorgan Chase, the second-largest originator of U.S. mortgages, published a press release announcing that 87 percent of individuals surveyed said they have always wanted to own a house. Additionally, 66 percent responded that they believe purchasing a property is a good financial investment and 75 percent indicated that they see it as an essential part of raising a family.

Perhaps more importantly, the data showed that potential first-time homebuyers are feeling increasingly more confident about the real estate market. Nearly twice as many of these individuals are optimistic about saving up for this kind of investment in the near future compared to six months ago and 56 percent said they expect their financial situations to improve in 2013.

"First-time home buyers are crucial to the housing market and the overall economy – and to their communities," Kevin Watters, chief executive officer of mortgage banking at Chase, said in a statement. "As families buy their first home, they are investing in their communities and enable other families to move up. That will eventually spur more new construction, generating additional jobs."

As the market continues to recover and more Americans fell confident about purchasing a house, it's a good idea for lenders to prepare for a potential influx of borrowers. They can do so by investing in and using loan management software, which ensures that people can stay on top of their monthly payments.