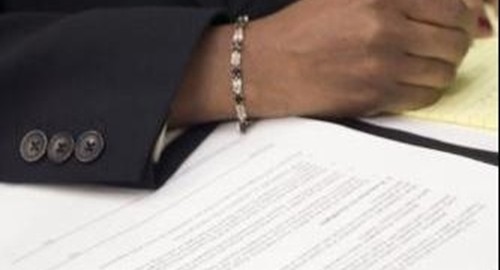 Last week, the National Association of Home Builders (NAHB) told Congress that inefficient regulations are harming not only the housing recovery, but the economy as a whole, according to a NAHB press release.

The Dodd-Frank act, a new qualified mortgage (QM) standard currently in development by the Consumer Financial Protection Bureau (CFPB), will require significant changes be made to mortgage lending practices. Included would be an "ability to pay" provision, which requires lenders to establish at the time a mortgage is written, whether or not home buyers have a reasonable chance of repaying the loan.

Barry Rutenberg, NAHB chairman, told Congress that housing is an industry that would greatly benefit from "more sensible regulation."

"It is critical that such reforms are implemented in a manner that causes minimum disruption to the mortgage lending process," Rutenberg said. "New reforms should not limit consumer financing options, increase the cost of financing or reduce the availability of mortgage credit."

As such, it would be wise for lenders to invest in loan management software, to ensure that a realistic repayment plan is created that suits the needs of the individual borrower along with that of the lender.

Creations such as the Dodd-Frank act have made the newly created CFPB popular among the nation's home buyers. According to a poll for a coalition of advocacy groups such as AARP and Americans for Financial Reform, 66 percent of individuals likely to vote said they will vote to keep the CFPB.