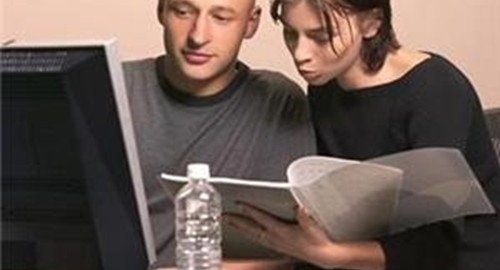 Using an amortization calculator can hopefully aid borrowers in finding monthly payment amounts that will not push them farther into debt. From the recent housing crisis, though, many homeowners had to switch to renting in order to stay financially stable.

The Mortgage Bankers Association (MBA) reported that the nation added 4.8 million renters in the past six years while losing 1.7 million owner households.

While renting is becoming a more viable option for some, the age of homeowners could be lowering. According to a Better Homes and Garden survey, more than three quarters of Americans in Generations X and Y believe they have become increasingly knowledgeable about home ownership due to the greater media coverage on the real estate market the past six years.

About 1,000 individuals between the ages of 18 and 35 were interviewed and said that they would conduct thorough research first, such as looking at interest rates, home prices in a desired neighborhood, and the ability to secure a loan.

Even with the past housing crisis, 75 percent view owning a home a sign of success. As reported by the source, these two generations are seen as being major drivers of the housing market for the next 30 years.

"'The Greatest Generation' was shaped by the Great Depression and Baby Boomers were impacted by the oil crises throughout the 1970s," Chris told the news source. "Gen X and Gen Y experienced their 'coming of age' moment during the largest housing market downturn in American history. As such, these generations believe that the details, risks and rewards of home buying are integral to their planning."

In order to keep a positive balance of risks and rewards for the younger homeowner generation, lenders should invest in loan management software to ensure that repayment plans are properly created for each unique borrower.