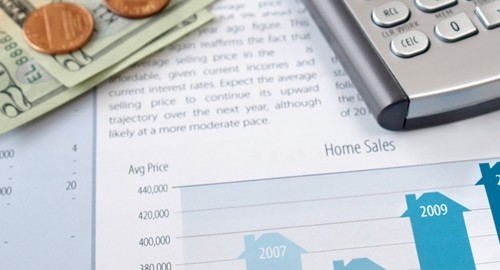 On February 13, the Mortgage Bankers Association (MBA) released its Weekly Mortgage Applications Survey for the week ending February 8, revealing that mortgage applications had declined 6.4 percent compared to the previous week.

According to the report, the average interest rate for 30-year fixed-rate mortgages with balances of $417,500 or less jumped from 3.73 percent to 3.75 percent. This is the highest it has been since September 2012, though it has increased steadily for eight of the last nine weeks. As for jumbo loan balances – those greater than $417,500 – the average interest rate for these 30-year fixed-rate mortgages increased from 3.96 percent to 3.98 percent.

Additionally, the interest rate for 15-year fixed-rate mortgages climbed from 3.00 percent to 3.01 percent, also reaching the highest number since September 2012.

A HousingWire article notes that mortgage application filings weren’t the only measurements in the housing industry that declined recently, adding that refinancing and home purchase activity both decreased recently, too.

Experts say that there’s no need to get discouraged by these changes though.

“The truth is many homeowners may simply be deciding to play the market and wait for their home to appreciate before putting it up for sale,” said Quicken Loans chief economist Bob Walters, according to HousingWire. “Despite the drop in applications, we have seen anecdotal evidence of homes selling very quickly after entering the market.”

Even though mortgage applications dropped this past week, the housing market is still in a steady state of recovery, so individuals may want to consider applying for a loan in the near future. With this in mind, lenders would be well-advised to invest in loan management software to ensure that the trend continues. This kind of software can help borrowers remain financially responsible and stay on top of their monthly payments.