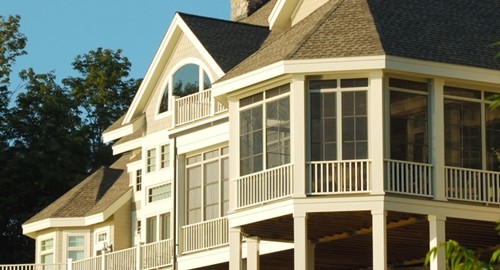 As the fiscal cliff loomed overhead in the latter half of 2012, wealthy homebuyers rushed to purchase properties, knowing they'd be hit with higher taxes come January 1. As a result of this, luxury real estate saw a huge spike in sales.

"Ever since last summer when people realized that the fiscal cliff was approaching, there was an incentive to get deals done," Meredyth Smith, a real estate agent at Sotheby's International Real Estate, told CNNMoney.

According to the National Association of Realtors (NAR), sales of homes valued at $1 million or more were 51 percent higher in November than they had been the previous year, and hit a four-time high in the first nine months of 2012.

As part of the fiscal cliff deal, high-income earners will pay $88,000 more in taxes from a $1 million profit on their home in 2013, reports the source. With that in mind, it's no wonder homeowners rushed to sell their property before the new year.

Smith told the source that some of her clients even offered incentives to buyers to encourage them to close the deal before January 1, such as lowering costs by a couple hundred thousand dollars. In Manhattan, specifically, luxury home sales increased 44 percent year-over-year in the last quarter of 2012, hitting the highest number of fourth quarter sales in 25 years.

It will be interesting to see if the luxury real estate market continues to thrive, or if it plummets due to the increase in taxes and additional financial factors that may discourage high-income earners from buying and selling homes.

Fortunately, experts say that other aspects of the housing industry are in a a good place for 2013, so lenders may want to invest in loan management software to ensure that borrowers can stay on top of their monthly payments.