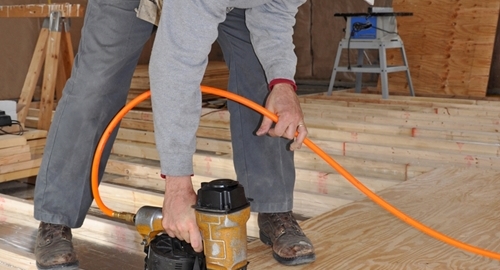 A new report indicates that the housing market is ripe for a surge, as housing starts rebounded last month.

Data recently released by the Commerce Department and the U.S. Department of Housing and Urban Development shows that groundbreaking increased by 9.8 percent in June to 1.17 million units, up from a revised figure of 1.07 million units in May. The number exceeds an estimate of 1.11 million units made by Reuters upon polling economists in the field.

Permits for future home construction was at their highest level since July of 2007, rising to 1.34 million units, a 7.4 percent increase from the prior month. June's numbers in this category continue an 11 month trend of over 1 million units per month.

The gains were largely on the back of multifamily units, as production was up 29.4 percent to 489,000 units on a seasonally adjusted basis. Multi family permits also rose, climbing 15.3 percent to a rate of 656,000. Conversely, single family starts dipped 0.9 percent to 685,000 units over the same time period, though permits increased by the same percentage to a rate of 687,000, indicating a potential turnaround in the future.

"The multifamily gains this month are encouraging and show that the millennial generation continues to be drawn to the rental market," said National Association of Home Builders Chairman Tom Woods in a statement.

Regionally, the Northeast and South showed combined single and multi-family start gains, rising 35.5 percent and 13.5 percent, respectively. The Midwest and West reposted respective loses of 0.7 percent and 6 percent. Despite the slow starts in those parts of the country, each of the four regions showed in increase in permits last month.

The positive numbers resulted in an increased level of home builder confidence, which reached an almost 10-year high in a recent poll, according to CNBC.

With builder confidence up, new homes in the market are soon to follow. Graveco's Contract Collector loan servicing software makes it easier for private lenders to set ideal terms for mortgages.