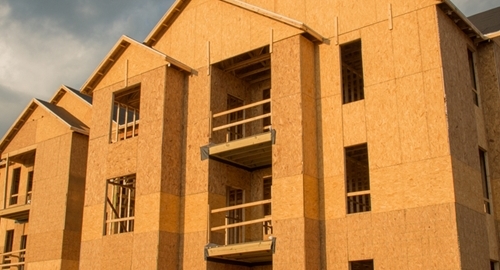 After a weak October , both the National Census Bureau and the Department of Housing and Urban Development recently reported that housing starts recovered last month.

At a seasonally adjusted annual rate, housing starts rose 10.5 percent to 1.173 million in November, up from 1.062 million the month prior. The numbers are even better when compared to the same time period in 2014, which improved 16.5 percent from 1.007 million.

Newly issued building permits depict similar improvements, up to 1.289 million in November, an 11 percent increase from October's rate of 1.181 million. Year over year, November's figure is up 19.5 percent from 1.079 million.

Unfortunately, the news wasn't all positive. Privately owned housing completions were down last month, dropping 3.2 percent to 947,000 from 978,000 in October. Despite the decrease, the category still showed growth from last November, as it grew 9.8 percent from 867,000.

According to Housing Wire, HUD's figures are the last major housing report released before the Federal Reserve will make a decision on if it will raise interest rates.

Many industry experts are speculating that the Fed will raise rates after recent increases, but some fear this might not be favorable for the market.

"Stronger than expected housing reports … suggest continued underlying momentum in the U.S. housing market," Lindsey Piegza, chief economist at Stifel Fixed Income told Housing Wire. "As the Fed presumably embarks on liftoff, however, higher rates will eventually translate into downward pressure on the consumer or more specifically the consumer's ability to finance large ticket items such as autos and homes slowing both purchasing and construction activity."