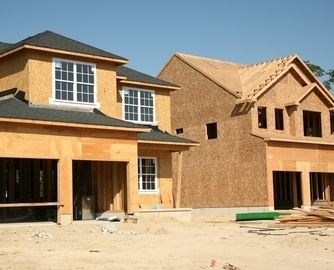 While U.S. home builders are prepping for a strong summer building season, home starts were down last month.

According to newly released data from the U.S. Department of Housing and Urban Development as well as the Commerce Department, country-wide housing starts dropped 11.1 percent last month to a seasonally adjusted annual rate of 1.036 million units.

Despite the drop in construction in May, overall permit issuance was up by almost the same amount, rising 11.8 percent to a rate of 1.275 million, the highest level since August 2007.

"The uptick in permits shows our builders are optimistic that more consumers are returning to the housing market," said National Association of Home Builders (NAHB) Chairman Tom Woods in a statement. "Even with this month's dip in production, it should be a solid year for home building."

NAHB chief economist David Crowe said the downturn was not unexpected, as many in the industry predicted a slow May after a strong April. The key, he said, was the strong number of permits issued last  month, which is inline with the NAHB own predictions of builder confidence.

"The starts and permits figures for the second quarter of 2015 are shaping up to be stronger than the first," Crowe said in a statement.

Regionally, the Northeast showed far and away the biggest gain in permit issuance, rising an incredible 77.7 percent last month. The Midwest also showed an increase, up 16.3 percent. Permits in both the South and West decreased in May, falling 3.6 percent and 1.9 percent, respectively.

These figures are good signs for lenders in the coming months. Graveco's Contract Collector loan servicing software makes it easy to set ideal terms for loans, that will benefit both the financial institution and the borrower.