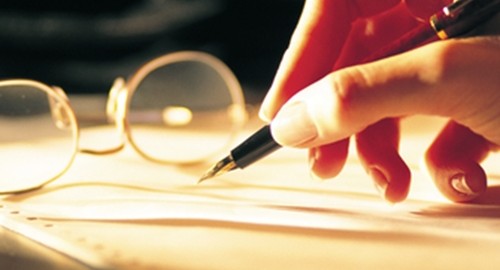 On January 9, the National Association of Realtors (NAR) announced in a press release that, although they are still processing data from the end of the year, 2012 is going to set a record for housing affordability. Still, reports The Wall Street Journal, home prices are rising and inventory is tight, and experts are saying that 2013 will be a seller's market.

In an effort to stand out amongst other people bidding for the same house, many homebuyers are resorting to an interesting tactic that was used during the housing boom: Writing heartfelt letters to the sellers.

"From the majestic trees and the lush foliage in the front and backyards to the living room with high ceiling made of knotty pine, your home is filled with charm,'' Kantha Sastry wrote in a letter to Judy Blankenburg in regards to a property Blankenburg and her sister were selling in Los Altos, California.

For many homeowners, these sincere letters even convince them to sell their houses to lower bidders. Rob and Julia Israch, for example, purchased their townhouse in Mountain View, California, for thousands of dollars lower than their competitions' highest bids. Lev Stesin, who was selling the property, told the source that he was touched by the letter the Israchs wrote him and that he felt comfortable knowing that they would be living in his old home.

Money alone isn't necessarily enough, according to Glenn Kelman, a real estate professional, who went on to share a few examples with The Washington Post about situations in which heartfelt letters to sellers gave homebuyers a leg up on the competition.

No matter which tactics people use to buy a home, the fact remains that the housing market is in the midst of a fragile recovery. As such, lenders may want to invest in products like loan management software, which helps to ensure that borrowers maintain all of their monthly payments.