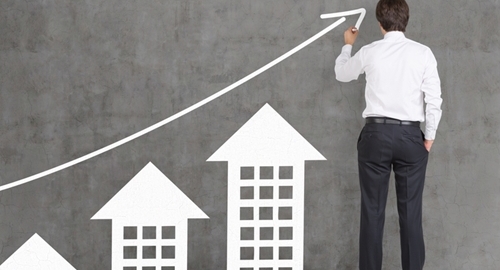 In a report released on December 22, the Federal Housing Finance Agency (FHFA) announced that their House Price Index (HPI ) rose in October.

In that month, the index rose 0.5 percent on a seasonally adjusted basis as compared to September. In addition, the increase from August to September was revised downward, from a 0.8 percent increase to 0.7 percent. In total, home prices increased by 6.1 percent in October over the same month of 2014.

Despite the strong year over year increase, increases below 1 percent two months in a row signify that home prices, while increasing, are leveling off.

The HPI is also calculated per region, using the nine regions the federal government uses when taking the census. Index changes from September to October were all relatively flat, ranging from a low of a 0.5 percent decrease in New England to a 1.2 percent increase in the East South Central area. Also in line with the national results were year over year changes. All nine regions were positive, with an 8.9 percent increase in the Mountain region at the high end, and New England once again coming in at the bottom of the pack with a 2.9 percent increase.

The FHFA HPI is an industry index that analyzes home sale prices by collecting data from mortgages sold to or guaranteed by Fannie Mae and Freddie Mac.