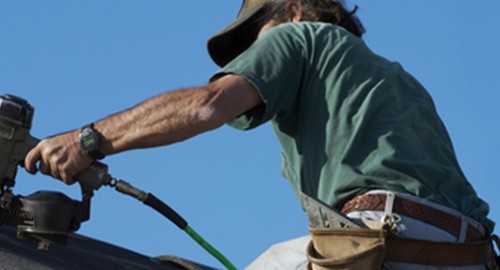 Recent reports have shown that consumer confidence – both regarding the housing industry and the overall economy – has increased over the past several months, suggesting that more people may be interested in taking advantage of low mortgage rates and purchasing property.

But, prospective buyers aren't the only ones whose attitudes are changing for the better. According to Reuters, builders across the country are taking risks by hiring workers and developing new homes as the market continues to recover.

The source states that 48,000 construction jobs were created in February – the most in almost six years. Charles Cork, a home builder from the Phoenix area, has even begun developing luxury houses on speculation, meaning without a contracted buyer, which he said he hasn't done since 2009. This is a just one of the signs that individuals in this profession are feeling optimistic about the future of the market.

With new-home sales in January showing the biggest jump in 20 years and real estate prices rebounding in different parts of the country, it's clear that the industry is in a good position, which suggests that more people will begin buying and selling homes in the coming months. However, even with this surge of confidence, it's important for lenders to ensure that borrowers can stay on top of their monthly payments, which they can do by investing in and using loan management software.