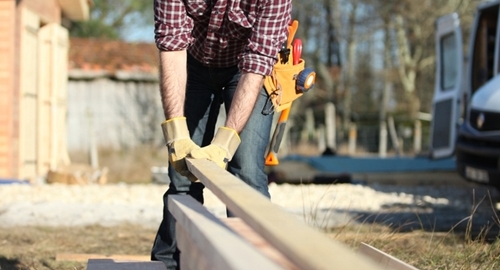 Confidence among American home builders grew to its highest level in nine months, signaling a market turn around after a difficult winter.

In recently published results, the National Association of Home Builders' (NAHB) NAHB/Wells Fargo Housing Market Index (HMI) was up five points in June to 59. Scores 50 and above signify confidence and growth while scores below 50 indicate a lack of confidence and recession.

The result is well above an earlier Wall Street Journal estimate of 56.

"Builders are reporting more serious and committed buyers at their job sites and this is reflected in recent government data showing that new-home sales and single-family construction are gaining momentum," said Tom Woods, NAHB chairman in a statement.

The HMI is a combination of three specific categories, two of which were at their highest levels in almost a decade. Sales conditions rose seven points to 65 and six-month sales expectations increased six points to 69, each at their highest point since the end of 2005. The third component, buyer traffic, was the only sub-50 category at 44, but still showed improvement, as it rose five points month over month.

Increased builder confidence levels mean more homes on the market, which is a good sign for lenders. Graveco's Contract Collector loan servicing software makes it easy to set ideal terms for loans that will benefit both the financial institution and the borrower.