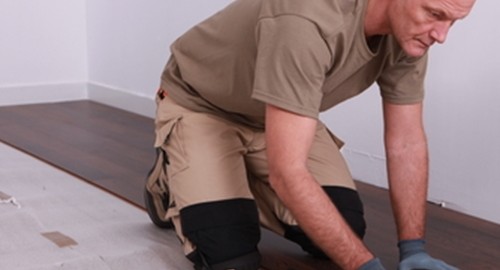 Although the housing market has been steadily improving over the past few months, with the number of housing starts rising, home prices increasing and mortgage rates remaining historically low, a new study from RBC Capital Markets suggests that the real estate industry, which has a huge impact on the overall economy, still has a lot of catching up to do.

According to RBC, private-sector employment increased to 99.5 million jobs in January, hitting an even higher level than it did before the Great Recession. This number, however, does not include jobs in the housing market. Employment in this particular sector hit 13.5 million, which is 500,000 more than the December 2010 low, but still 3 million less than before the recession started.

Since the housing industry was responsible for more than a tenth of economic growth in 2012, states USA Today, it will need to keep steadily improving in order for job growth to fully rebound.

"Housing has massive tentacles," Tom Porcelli, a chief economist at RBC, was quoted as saying. "Low (interest) rates encourage people to buy a house and fill it up with furniture, and that creates manufacturing jobs and the cycle becomes virtuous."

Experts say that it may take a while before the housing market is back to pre-recession levels. In fact, housing starts aren't expected to return to the normal pace of 1.5 million until 2015.

As the economy continues to improve in 2013, it is likely that more people will begin buying and selling homes. With this in mind, lenders may want to invest in loan management software to ensure that borrowers can stay on top of their monthly payments and remain financially responsible.