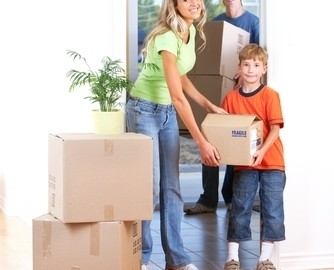 Last week, the 30-year fixed-rate mortgage reached the highest number since August 2012. However, according to lending giant Freddie Mac's March 21 Primary Mortgage Market Survey®, rates have declined once again and for an entire year now this measurement has been lower than 4 percent.

The 30-year fixed-rate mortgage, which was an average of 3.63 percent for the week ending March 14, decreased to 3.54 percent in the most recent report – significantly lower than the 4.08 percent rate reported during this time last year. As for the 15-year fixed-rate mortgage, this also declined, dropping from 2.79 percent to 2.72 percent. A year ago, this option was 3.30 percent.

"Low and stable inflation is placing downward pressure on fixed mortgage rates," Nothaft said. "Annual growth in the consumer price index has remained at or below 2 percent for the past four months, and for the producer price index even lower. This, in part, is why the Federal Reserve monetary policy committee on March 20th lowered the upper end of its inflation forecast for 2013. In addition, our March Outlook calls for 30-year fixed mortgage rates to remain below 4 percent throughout this year."

While mortgage rates remain notably low, prospective homeowners who qualify for a loan at this time and are interested in buying a house during the busy spring season may want to take advantage of affordable rates and reasonable property prices. To prepare for a potential influx of borrowers in the coming months, lenders ought to invest in loan management software to ensure that the trend continues. This kind of program can help individuals remain financially responsible and stay on top of their monthly payments.