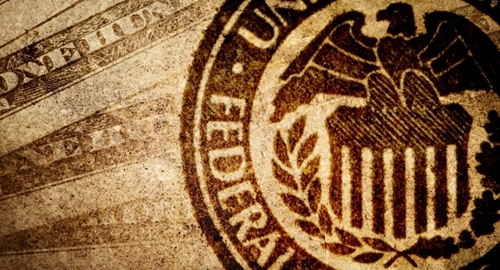 At their April policy meeting, officials from the Federal Reserve stated that they are unlikely to start raising interest rates in June.

While the Federal Reserve does not implicitly control interest rates, it can significantly influence them based on its actions. At the outset of the year, the Federal Open Market Committee (FOMC) targeted June as a likely time to raise rates. The Fed would base its decision on factors such as improvement in the labor market and an internal target of 2 percent inflation.

However, based on the minutes of the FOMC meeting of April 28 and 29, which were just recently released to the public, the economy's decline though the harsher-than-normal winter makes it doubtful that the Federal Reserve will raise rates at their next meeting on June 16 and 17.

The Federal Reserve lowered rates following the recession at the end of 2008 to near zero and has kept them there ever since.

The committee's April decision wasn't unanimous, as some members thought that there would be enough indicators in place to raise the rates at the next meeting, according to the minutes. That said, industry analysts are now looking at September at the earliest to see the increase.

"I believe that the appropriate time has not yet arrived, but I expect that conditions may warrant an increase in the federal funds rate target sometime this year," Fed Chairwoman Janet Yellen told The Wall Street Journal prior to the April meeting.

The Journal reported that many officials at the April meeting wrote off first quarter woes to temporary factors, like the weather in some parts of the country, and that the minutes showed that the committee had a positive outlook.

With mortgage loan software, lenders can easily account for market changes and set a real estate amortization schedule for each client, ensuring on-time payments and reducing the risk of default.