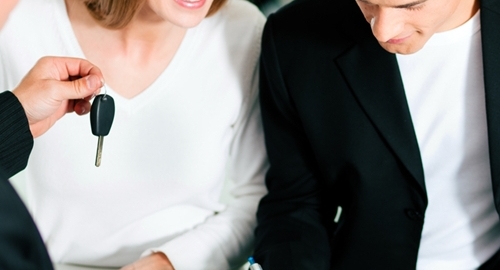 The Federal Reserve Bank of New York recently published its figures on the auto loan market for the second quarter of 2014, the most recent available data. The numbers show that loans issued to borrowers with credit scores below 620 have risen in 16 of the last 17 quarters after bottoming out in early 2010. While the specter of the subprime mortgage crisis is always present, experts remain confident that no such situation is looming in this case.

Notably, the auto loan market is much smaller, representing just 8 percent of the $11.71 trillion in outstanding debt in the United States. Mortgages make up the lion's share of that debt at 69 percent, whereas auto is in third place behind student loans (10 percent). Subprime loans just surpassed one fifth of all auto loans, putting them at year 2000 levels and well below the peak of over 30 percent in early 2006.

"The fact that vehicles are much easier to repossess than, say, houses are to foreclose makes the systemic risks from an over-extension of subprime auto lending much smaller than what was seen during the fallout from subprime lending during the housing crisis," read a note sent last October to Merrill Lynch clients.

Moreover, vehicles are not subject to speculation like the housing market is. Unlike houses, cars are an always depreciating asset, and loan terms reflect that. Finally, Fed numbers show that auto delinquencies are down in recent months.