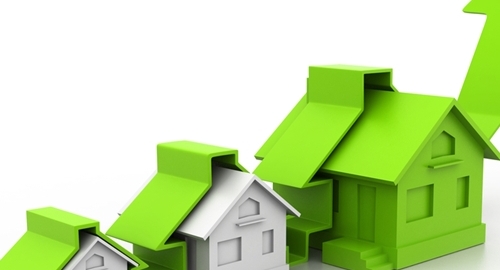 1. Home prices and sales will grow half as fast

In a recent report, RealtyTrac said that over a third of America's major metropolitan areas reached all-time highs in home prices this year, rising at a rate of close to 6 percent. This was likely due to a high demand from low interest rates. With rates expected to rise next year, more homeowners will stay in their current homes, causing the rate of increase to drop somewhere between 3.5 and 4.5 percent, which is a relatively normal rate for the market. With fewer homes on the market, sales will slow accordingly, but are still expected to grow in 2016.

2. Credit will be easier to obtain

Recently, a bill was introduced in the House of Representatives that, if passed, will allow Fannie Mae and Freddie Mac to consider credit scoring models other than the traditional FICO score. This score is currently used by the government when determining loans. This move will likely tip the scales for mortgage applicants who were just shy of qualifying in 2015. Among the new considerations in these alternative credit scoring models are an individuals rental history and utility bill payments. It will also allow applicants to include income from room rentals, live-in parents and extended family members.

Lynn Fisher, the Mortgage Bankers Association's vice president of research and economics wrote in the organization's future decade housing report that new, first time homebuyers of various demographic groups are set to enter the market thanks, in part, to job growth.

"Improving employment markets will build on major demographic trends including maturing of Baby Boomers, Hispanics and Millennials to create strong growth in both owner and rental housing markets over the next decade," she said.

Aside from increased job prospects, the slowing home price growth and easier better credit opportunities will create a welcoming environment for people who had previously held off from purchasing a home.

4. A slowing market and closings

According to Redfin, the average home was on the market for 36 days in 2015, between the months of January and October, down four days from the same period in 2014. This was due in part to low interest rates and an increased number of cash sales. While this spurred the market this year, the inventory of homes for sale has continued to drop. With interest rates expected to rise and those cash buyers exiting the market, houses will likely be on the market longer in 2016. Bidding wars may also become more common due to a lower inventory.

5. The shortage of houses for sale will continue

In the latest National Association of Realtors pending home sales report, the organization found that home sales leveled off this fall due to rising prices and fewer homes on the market. In all 60 major metropolitan markets, the inventory of homes for sale is down 4 percent this year from the same time in 2014. This is likely to continue in 2016, especially in the affordable housing segment of the market.

If you are in need of loan management software for your organization, contact Graveco Software today!