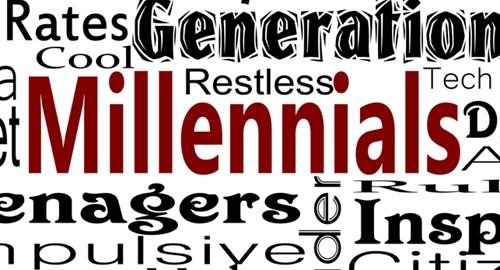 According to Fannie Mae vice president for applied economic and housing research Mark Palim, the perception that they won't qualify for loans or can't afford a down payment is keeping Millennials off the market.

HousingWire reports that Fannie Mae's National Housing Survey, which Palim presented during the discussion, shows that 51 percent of Millennial respondents said an insufficient credit score or credit history lead them to rent rather than purchase. About 45 percent said that not being able to afford the down payment or closing costs were also a factor. The survey defined Millennials as between the ages of 18 and 34. Both results were higher than those for 35 and over, which were 46 percent and 38 percent, respectively.

Despite the results, Nela Richardson, chief economist at Redfin, said Millennials won't stay off the market for long. She said 92 percent of Millennials who don't own a home say they plan to within the next four years. She added that the those in the age group are more likely to cohabitate, which may alleviate some of the concerns Palim displayed.

One way to attract Millennial homebuyers: robust online services. According to HousingWire, Swanson, a Millennial herself, said to "meet us online" when it came prospective home buying and mortgages. Ned Myers, capital markets executive at Black Knight Financial Services, backed up Swanson's remarks.

"Most of this generation gets info on a smartphone or tablet. They see a screen, expect to touch it and see it move," he said.

Later, Myers encouraged Millennials by saying that, with home prices lower than pre-bubble norms, now is the best time to step into the housing market.

Get your business ready for Millennial buyers with Graveco's Contract Collector, loan servicing software that makes it easier for private lenders to set ideal terms for mortgages.