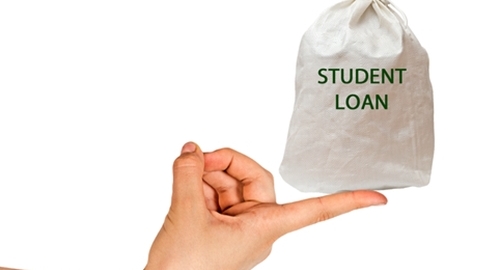 Many Americans work diligently to pay off their student loans, and some of these people are struggling to do so. However, they are not all burdened equally by debt: in fact, counter-intuitively, it is often those with the least onus that have the hardest time ridding themselves of it.

Last month, the Federal Reserve Bank of New York released research supporting this assertion. It sorted borrowers into 6 groups, ranging from "those who owe $5,000 or less" all the way up to "those who owe $100,000 or more," finding that defaults were most common among the former group and least common among the latter. In fact, one in three people with fewer than $5,000 in debt had defaulted.

The reasoning behind this perhaps-surprising information is tied into salary. Despite incurring the most debt, people who graduate with professional degrees are in the best position to repay their loans, due largely to their greater earning potential. As for the defaults from those with less debt, the Federal Reserve offered an explanation.

"One likely explanation," it explained to the Wall Street Journal, "is that many Americans with small loan balances are dropouts. They may have attended school for a semester or two without getting a degree. They often don't end up with the decent-paying job that a college education is supposed to bring, and thus lack the income to repay their debt."

Having this sort of information on hand is critical for any institution that performs personal loan servicing. While no single factor will necessarily disqualify a candidate from getting financing, the more knowledge a lender can glean before the loan is offered, the better understanding he or she will have of the risk involved.