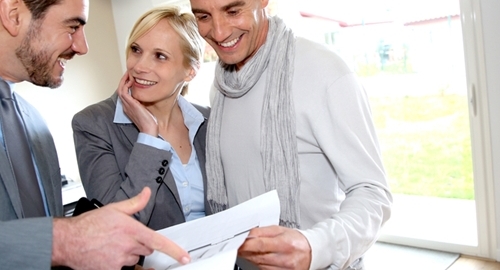 A new study shows that home buyers who were affected by the mortgage crisis will be able to re-enter the housing market soon.

"It's been over seven years since the beginning of the mortgage crisis. This is significant because many derogatory items, such as foreclosures and short sales can prevent consumers from qualifying for a new mortgage for a period of time" said TransUnion vice president Joe Mellman in a statement. "As consumers responsibly manage their credit and pass these milestones, we anticipate a tide of newly mortgage-eligible consumers entering the market."

Through the firm's analysis, they found seven million consumers who were negatively affected during the crash. Of these, 18 percent had already recovered by the end of 2014 and found that 2.2 million of the remaining 5.7 million were on track to be able to take on another mortgage in the next five years.

TransUnion's original pool size was 180 million consumers it could track between 2006 and 2014. Of them, 78 million, or 43 percent, had a mortgage and only 8 percent of those were negatively impacted in that time period.

With new buyers entering the market, make sure your company has the loan management software it needs to help track and maintain timely payments. Contact Graveco Software today to learn more.