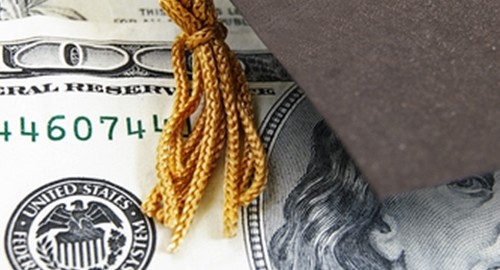 A report from the Federal Reserve Bank of New York found that the delinquency rate for student loans that have moved into the repayment process has soared in recent years, rising from about 20 percent in 2004 to more than 30 percent in 2012. The Fed reported increases in all of the age groups it tracks, although the largest increase was seen in the under 30 group. Meanwhile, the average amount owed by each borrower rose from $15,000 to $25,000.

Over the same period, unemployment increased dramatically as a result of the financial crisis and subsequent recession. Younger Americans tended to be hit harder by the downturn in the job market, which helps explain the Fed's findings on how age correlates with delinquency rates.

The Pew Research Center studied government data and determined that student debtors also tend to have higher overall debt burdens and lower net worth than their peers. Stagnant wages have also been an issue. Research from the National Center for Education Statistics shows that student loan payments consumed more than 12 percent of income for 31 percent of first-time bachelor's degree recipients' income in 2009, relative to 18 percent in 2001.

The Fed determined that, at the end of 2012, less than 40 percent of borrowers were making any progress on repaying their student loans. Against this backdrop of rising delinquency rates and limited economic opportunities, the problem of education-related debt continues to grow. The total amount of outstanding student loans exceeded $1 trillion during 2013.

There are many complications involved in this issue, including long-running government policies promoting higher education. However, one immediate step institutions can take to combat delinquency is to implement loan management software that is specially designed for handling student loans.