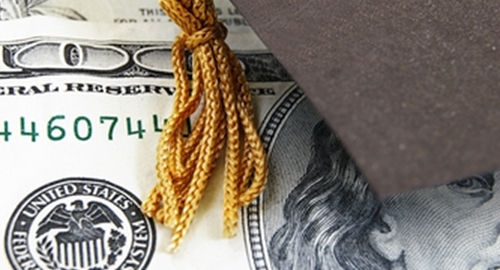 When the New York Federal Reserve released its quarterly report on household debt and credit toward the end of February, it found that most kinds of household debt had actually seen improvements in recent weeks. Based off of the fourth quarter of 2014, the Federal Reserve sampled data from Equifax, one of the major credit reporting companies in the United States.

While there were improvements with most kinds of household debts, one of the major outliers was student loan debt. The money students took out in order to pay for college saw delinquencies rise to 11.3 percent of outstanding debt in that final quarter of 2014. Debt delinquency is defined as a payment that has not been made toward a debt in at least 90 days.

The report also found that student loan debt has the highest amount of delinquent debt out there, eclipsing all other kinds of common household debt, including mortgages, credit card payments and auto loans. So what are the reasons behind this rise in people not paying back what they owe the U.S. Department of Education?

The report from the NY Federal Reserve found several key reasons behind this trend. The first is that student loan debt is not dischargeable in a bankruptcy, which means that the past delinquencies compound into new ones, creating an entirely new form of financial burdens that cannot be undone no matter what a person's economic standing is.

The collateral for student loan debt is a person's future earnings, as the money is borrowed on the security of money that is made in the future. So if a person has student loan debt but is not employed full-time, this can make it very difficult for that person to pay their money back on an efficient timeframe.