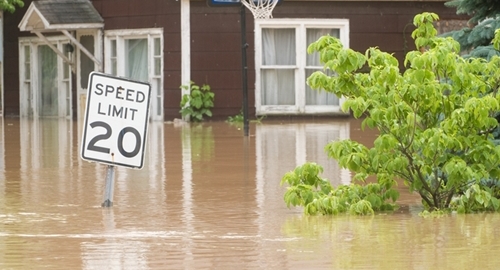 As the economy continues to recover, the amount of homeowners with negative equity on their mortgages, called underwater homes, is dropping, according to a new report.

According to the recently published survey by Zillow, 15.4 percent of mortgage borrowers last quarter, roughly eight million people, still owe more than their homes are worth. This is down 16.9 percent from the last quarter of 2014 and down from 18.8 percent in the same quarter last year.

At the height of the real estate crisis, more than 15 million people were underwater in their mortgages. Now, that number is cut almost in half, with an improved rate of negative equity in all 35 of the largest housing markets in the U.S. in the first three months of the year.

However, the homeowners who are currently underwater are likely to remain there. Nearly half of them, about four million homeowners, owe at least 20 percent more than their home's value.

"It's great news that the level of negative equity is falling, but what really worries me is the depth of negative equity. Millions of Americans are so far underwater, it's likely they may not regain equity for up to a decade or more at these rates," said Zillow Chief Economist Dr. Stan Humphries in a statement.

Zillow reports a high demand for homes in the bottom third of the market this summer buying season, but there are likely to be fewer existing homes for sale. Over 25 percent of those homes are underwater, compared to only 8 percent in the upper third of the market. Those numbers are even more pronounced in specific markets, like Atlanta, where 46 percent of low-end homeowners were under water, opposed to just 10 percent of high-end ones.