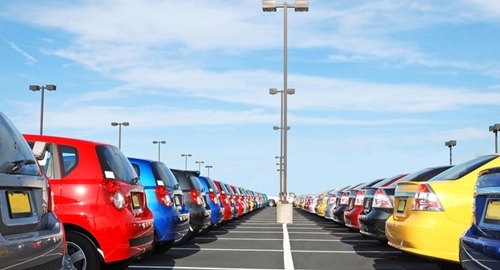 The price of car loans has been descending steadily over the past few years, but the data for this quarter so far shows an interesting trend: While new car loans have continued to fall, there has been an uptick in the price of loans for used vehicles, widening the gap between the two. The average interest rate for a new car loan is at 4.31 percent, according to the Washington Post, while used car loans are at about 5.1 percent.

Two years ago, the difference was about 10 percent, but it's closer to 20 percent now. That's enough to make consumers consider whether a new vehicle could be a better long-term investment than a used one. In any case, numbers show that the main factor that determines the interest rate on a loan is still the borrower's credit history. On average, a buyer with an excellent credit score, above 720, can pay about $6,000 less over the course of a five-year loan than one with a score in the 620-660 range.

As this blog reported earlier this month, one reason for the falling interest rates is that the average length of car loans has increased, with six-year agreements becoming common. Another factor that's affecting the market is the cost of gasoline, which has fallen to its lowest level in years as oil-producing countries are embroiled in a price war. This is already resulting in improved sales, including for gas-guzzlers that had fallen out of favor in recent times.

Auto loan management software makes it easier for users to determine whether a new or a used vehicle is a wiser purchase, considering all the variables that go into determining the interest rate on a car loan.