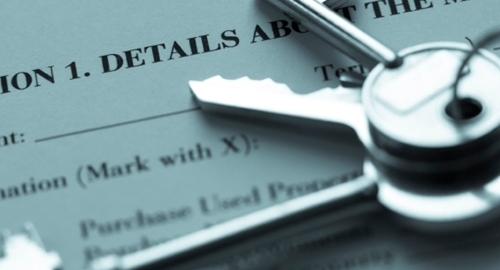 The Mortgage Bankers Association (MBA) reported in their weekly survey that mortgage applications dropped last week when compared to the week prior.

The Market Composite Index, MBA's measure of mortgage application volume, fell 1.6 percent on a seasonally adjusted basis from the previous week and declined 2 percent on an unadjusted basis. Seasonal adjustment removes any factors the time of year may have in influencing the results.

The drop is largely due to refinancing, which was down 4 percent week over week. Purchases were up 1 percent seasonally adjusted. Unadjusted purchases were the same as last week, but 14 percent higher than the same week last year.

Refinances accounted for 51 percent of the total applications, down from 52 percent the previous week, with 6.4 percent accounted for by adjustable rate mortgages.

In the same week, MBA announced that mortgage rates rose as well. The average rate for 30 year fixed-rate mortgages of $417,000 or less increased slightly to 4.07 percent from 4.04 percent. For the same length, rates for mortgages over $417,000 were up by almost the same amount, moving from 4.04 percent to 4.06 percent. The average rate for 15 year mortgages rose to 3.29 percent from 3.26 percent. Rates for 5 to 1 year adjustable rate mortgages rose to 3.04 percent, up from 2.99 percent the previous week.

According to CNBC, mortgage rates have stagnated recently after being fairly erratic a short time ago.

"Rates have made several attempts to move lower after spiking in early May, but each time they've quickly run out momentum," Matthew Graham of Mortgage News Daily told CNBC. "Underlying market conditions are once again signaling a bounce attempt is underway, but it's not safe to plan on the good times continuing until/unless we see several days in the near future with even stronger improvements."

With conditions uncertain in the future, borrowers are likely to move up their purchase schedules while rates are still relatively low. To ensure your business is ready with the best loan management software, contact Graveco today.