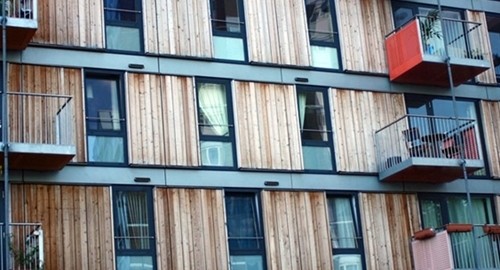 When homeowners take control of their finances and institute tools like an amortization schedule for loans, they are helping the economy as a whole, according to a recent article by National Public Radio (NPR). Even though recovery is slow, the housing market is an industry that has the power to bring the nation back to its feet.

According to Derek Thompson, senior editor at The Atlantic, housing is a major economic driver because it impacts multiple sectors. Specifically, one of the reasons the housing recovery has been somewhat slow is because the nation overbuilt single-family houses.

With young adults moving out of their parents' houses, many are looking for an apartment. However, fewer apartment complexes have been built, he said.

"Hopefully, once we see enough of these apartment buildings being built, we'll sort of hit a ceiling in the apartment sector, and then you'll see people starting to move out of apartments and into houses," Thompson told NPR. "And then you'll really have the housing recovery that we're all waiting for."

Fannie and Freddie might repay Treasury faster than expected

The housing turnaround is also being felt at higher levels. According to projections released by The Federal Housing Finance Agency, Fannie Mae and Freddie Mac might be able to pay back U.S. Department of Treasury faster than anticipated.

As reported by HousingWire, the reduction of the government-sponsored enterprises (GSEs) investment portfolio is already sped up to a 15 percent annual reduction from the previous 10 percent.

Even with the GSEs repaying debts and the housing industry slowly recovering, lenders would still be wise to invest in loan management software. That way, borrowers can rest assured that any mortgage created for them will not be out of their financial range.