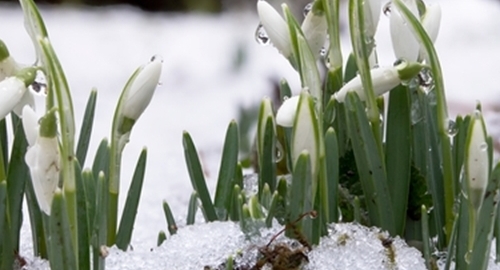 We've written before about the negative effects that recent inclement weather have had on the housing market. Realtors and lenders alike are anxiously awaiting the thaw, especially in states like Massachusetts, where record snowfalls have slowed the industry to levels not seen in over a year. However, there is cause for optimism among some in the field, as the upcoming spring could revitalize homebuilding.

Already, in Massachusetts, the somewhat-warmer weather of the past week has come with an attendant jump in property sales. Not only is it easier for construction crews to create new houses or make renovations on existing ones, it is also easier for realtors to show off properties that aren't obscured by mounds of snow.

"It's funny, a month ago people were walking around here with nothing to do, literally with their heads down," realtor Anthony Lamacchia told WBUR. "Every realtor I talked to, it was slow as could be."

Cambridge realtor Lara Gordon, with Coldwell Banker, explained the situation to local source WBUR. She noted that ice damage put some sellers behind schedule, in addition to the choke on city resources caused by the snow.

"Because apparently the dumpster companies only make $200 or $300 to haul away building debris, whereas they were making about $1,200 to haul away snow," Gordon said. "So all the dumpsters in the city were allocated to snow removal."

Now that those resources can be accessed again, the number of housing loans will likely see a rise as well. As such, financial institutions will have to rely on tools such as loan calculator software to fully take advantage of the increased opportunities.