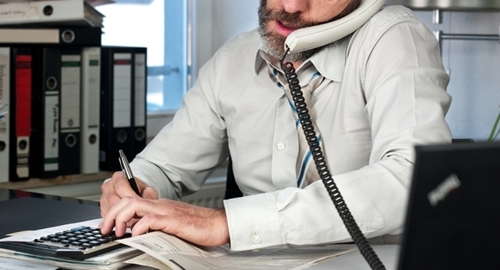 Banks are keeping loans closer to home, according to one recent figure.

Per the Urban Institute's Housing Finance Policy Center, the share of mortgages on lender balance sheets accounted for 27% of 2014 originations, the highest this figure has been in more than ten years. The alternative to this practice is to bundle these loans into securities and auction them off to investors, a move popular because it is usually guaranteed by one of the giant credit bureaus. However, many institutions, emboldened by strong numbers in recent months, have been forgoing this security for the increased expected value of holding.

This behavior is influenced by ultra-low default rates, according to the Urban Institute. In addition, rising fees may be playing a role, explains the Wall Street Journal.

"The Urban Institute cites increased Fannie and Freddie guarantee fees as one of the drivers of banks' increased proclivity to hold new loans. These fees have risen from roughly 0.2% of the loan amount precrisis to more than 0.5% now. That makes it much more profitable for lenders to self-insure the mortgages they make, choosing to risk the losses rather than pay the fees to Fannie and Freddie," writes the source.

The practice could also signal that private capital is being reinvested into the housing market, long a goal of many in the industry. As the economy as a whole becomes stronger, a greater diversity of potential borrowers can enter the marketplace, and have a stronger ability to avoid default. More banks are willing to bet on this possibility.

For these institutions, a real estate amortization schedule can ensure timely, regular payments. Thus, the risk associated with holding loans is reduced, and the amount of working capital the bank has to operate with remains steady.